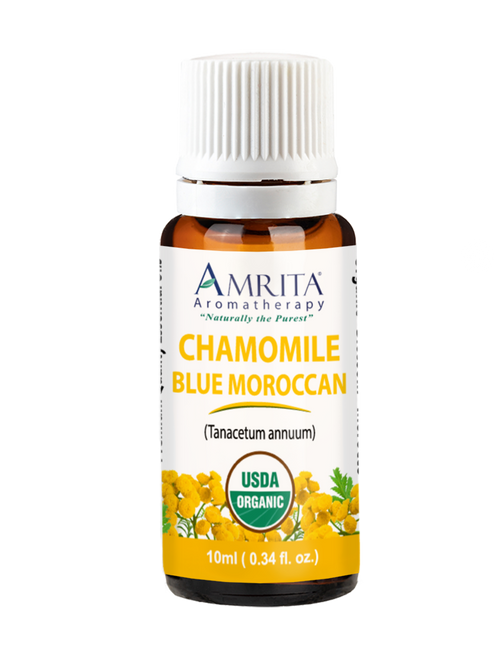 “There is a great deal of confusion surrounding this oil. Often it is treated as a chamomile, and it is not. Tansy comes from the Greek athanaton meaning immortal. It was used to preserve dead bodies.” Gritman

Certified Organic Chamomile Moroccan Blue Essential Oil is a lovely oil, with a sweet pleasant tone. It is known as the nicest smelling among all blue oils. Said to have powerful antihistamine effects to knock out hay fever and allergies. While its anti-inflammatory effects are excellent for calming down skin hives triggered by allergies.

This oil is commonly called Moroccan Blue Chamomile, but botanically it is a tansy, not a chamomile.

Diffusion / Inhalation (add a few drops to a nebulizer or nasal diffuser):

The following is a list of conditions which Moroccan Blue Chamomile addresses by category: