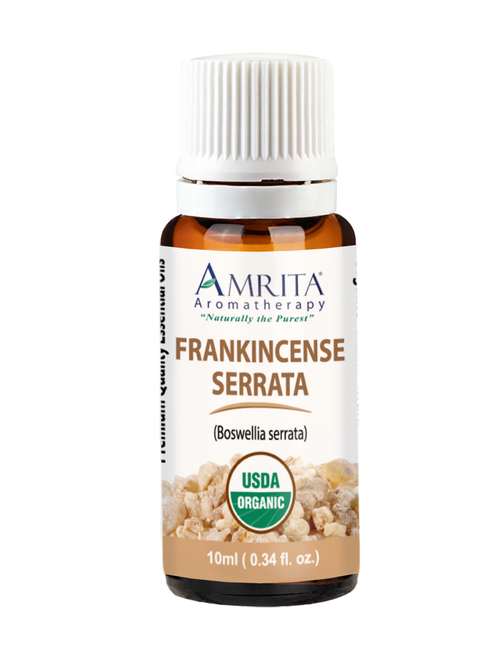 Other Names
Boswellia and Indian Frankincense

Frankincense is made up of two words: the old French word frank (free, pure, or abundant), and the Latin word incensum (to smoke). When the bark of the shrub is disturbed, it oozes out droplets of this precious substance. The beads of gummy resin are meticulously collected and then distilled for their essence.

Frankincense has been used for thousands of years throughout the Middle East in both homes and religious places of worship. It was thought to cleanse the environment, dispel evil spirits, protect against infection, and promote spirituality and prayer.

To get a sense of how valuable Frankincense was in ancient times, it was mentioned 20 times in the Bible. In Christianity, Frankincense is most commonly known as being one of three gifts brought by the Magi to the baby Jesus, alongside Myrrh and Gold. It has continued being burned ceremonially in the Catholic mass.

Frankincense was also used by Muslims for attracting angels and repelling evil forces and is burned in Mosques. In fact, Frankincense has been burned in religious ceremonies of various faiths over the centuries.

Frankincense Serrata Organic Essential Oil has been used for thousands of years. It has been considered precious for spiritual and meditative purposes, protecting against airborne illnesses and the maintenance of youthful skin.

Frankincense Serrata has been used in religious ceremonies for centuries, as it promotes meditation and prayer. Frankincense can be described as warm, woody, sweet, spicy, calming, and consciousness-expanding.

The following is a list of conditions which Frankincense Serrata Essential Oil addresses by category: